Since 1603, in the Akita region, Akita Matagis were medium-sized dogs used for bear hunting.

From 1868, Akita Matagis were crossbred with Tosas and Mastiffs. Consequently, the size of Akitas increased, but characteristics associated with Spitz type were lost, but Akitas were nevertheless preserved and improved as a large Japanese breed. As a result, nine superior examples of Akitas were designated as « Natural Monuments » in Japan, in 1931.

The police ordered the capture and confiscation of all dogs other than German Shepherd Dogs used for military purposes.

Some people tried to circumvent the order by crossbreeding their dogs with German Shepherd Dogs, in an effort to pass them off as military dogs; others went into hiding, to preserve the breed.

When World War II ended, Akitas had been drastically reduced in number and existed as three distinct types:

This created a very confusing situation in the breed. During the restoration process of the pure breed after the war, Kongo-go of the Dewa line enjoyed a temporary, but tremendous popularity.

Many Akitas of the Dewa line, which exhibited characteristics of the Mastiff and German Shepherd influence, were brought back to the United States by members of the Military Forces.

The Akitas from the Dewa line, intelligent and capable of adapting to different environments, fascinated breeders in the United States and the line was developed with increasing number of breeders and a great rise in popularity.

The Akita Club of America was established in 1956 and the American Kennel Club (AKC) accepted the breed (inscription into the stud book and regular show status) in October 1972.

However, at this time, the AKC and the JKC (Japan Kennel Club) did not have reciprocal agreements for recognizing each other’s pedigrees and therefore the door was closed for the introduction of the new bloodlines from Japan.

Consequently, Akitas in the United States became considerably different from those in Japan, the country of origin.

They developed as a type unique in the United States, with characteristics and type fairly unchanged since 1955, and in sharp contrast with Akitas in Japan, which were crossbred with Matagi Akitas for the purpose of restoring the original breed.

Until around 2000, the Akita and the American Akita was considered one breed according to the FCI (Fédération Cynologique Internationale), but in accordance to the wishes of Japan, the breeds were, over the course of a few years, split into the two breeds that we refer to today.

Some kennel clubs outside of the FCI still have the two breeds combined under one breed standard, but awareness of the two types in these countries, often make breeders consider the two breeds separated anyway. 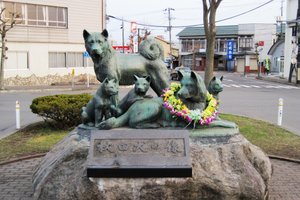 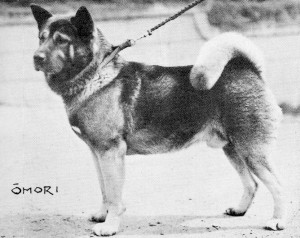 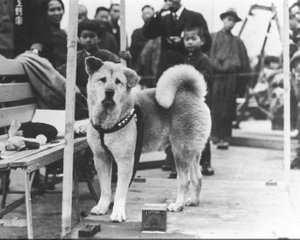